It’s lip sync time, let start with some bad lip sync… well you can make up your mind…
http://www.youtube.com/watch?v=Zce-QT7MGSE

Lip Sync is one of those animation things that everyone fears, but it’s actually not too bad. Believable lip sync can be relatively straight forward and a pretty formulaic type of process.

It’s good to remember that a good basic pass of lip sync be sold with very little, good acting and head animation, heads bobbing in the right timing and way will help sell the lip sync more than the lips themselves.

The muppets they have no phonemes or lip shapes and yet they’re completely believable characters.

So now lets watch a clip of the mouth talking. A lot is happening.
http://www.youtube.com/watch?v=ab7wPVR6_R4

We generally break the jaw down into phonemes when we think about lip sync. This is the way traditional animators have done for years. Of course there is no phonemes in real life, it is a bination of muscles and shapes can vary greatly, but it’s a good way to start thinking about these things. 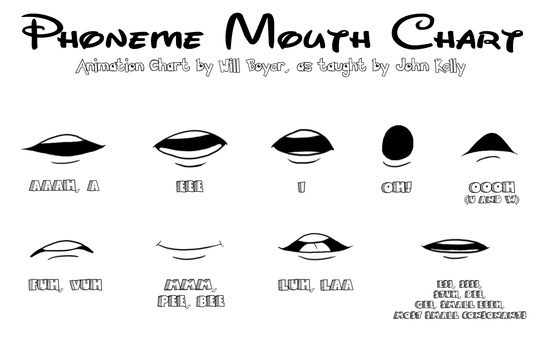 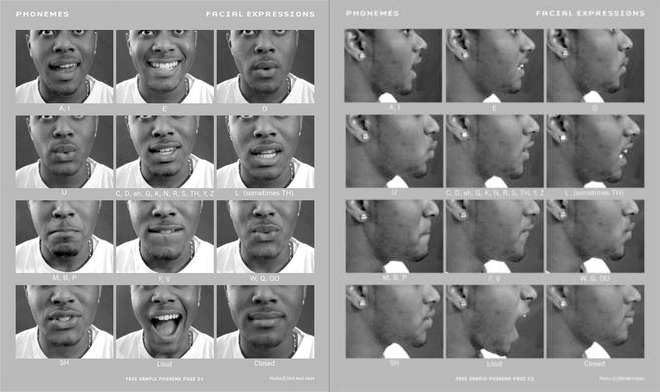 And now of course with cartoon characters we can take our phonemes pretty far, as seen in Ren And Stimpy…
http://youtu.be/_wW6rENTfaU?t=17s 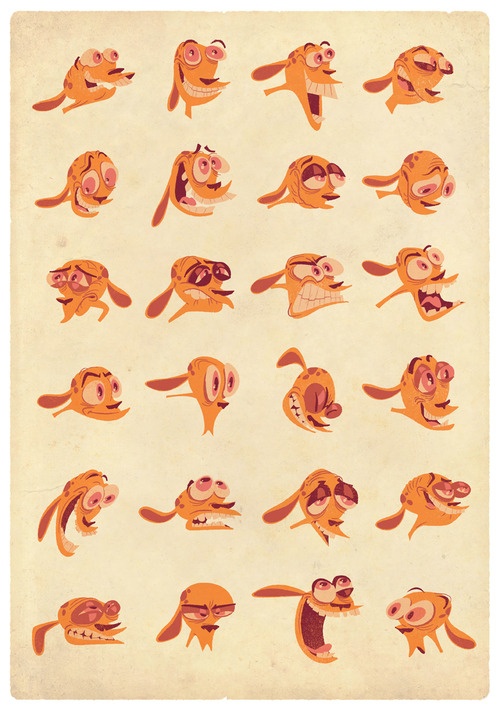 Be Careful Not To Over Animate Lip Sync

The biggest trap in lip sync is to copy the words on the page, the script and animate litterally to the words as we’d say them… nice… and… slow.. lll… eee. This of course leads to flapping popping over animated sync.

The real trick to lip sync is to animate enough to sell the dialog, but not to create a mess.

1. The jaw movement opening and closing the mouth
2. The Outside edges of the mouth going in and out (narrow wide)… in for a ooh shape or apart for a big ee or a shape.
3. The closing of the lips for the f or b, mmm phonemes. Or the opening of the lips to reveal the teeth on say a big “arghh” or “ch” shapes. Remember that the lips can move independently of the jaw. A lot of words can be spoken without the jaw moving at all.

With these 3 elements we really can start to animate some very believable lip sync. 4 is adding the tongue which helps to sell some shapes such as the “th” or “l” phonemes.

4. The tongue. The mouth is dark so precise animation of the tongue is not always necessary but at a minimum they should be aniamted for “l” and “t” “th” type shapes.

Here’s a nice clip from Anim School retelling a theory by Keith Lango. In Keith’s original post he tried to keep to the simple shapes and try to pick the main syllables in sentences, rather than trying to pronounce each syllable which is the easiest trap of lip sync to fall into.
http://www.youtube.com/watch?feature=player_embedded&v=CsRxc6G7QrQ

Kieth’s Original Tutorial post states ” saying “There’s No Such Thing As Letters in Speech…” You can read the entire thing here…
http://www.keithlango.com/tutorials/old/lipSync.htm

Now unlike muppets our jaw doesn’t open on each syllable, as ventrilliquists know it’s possible to talk while hardly moving the jaw. DJ Nicke in his tutorial on lip Sync suggests to put your elbow on a table and your jaw on your fist and to speak at normal speed to take not of when the jaw is moving most. Be sure to talk at regular speed and as your characters sound clip is.
http://youtu.be/0fKjMvlP4CE?t=2m15s

For most dialog the lips will often anticipate the shapes. The lips can be in place well before the sound is made, so remember you can anticipate lips early usually by just a few frames. This can only be done in situations where the mouth has a pause before the words.

We can still punch when the word is uttered by snapping the lips or jaw in some subtle way, but the lips usually try to get to their position early.

The hard part is when there’s a lot of dialog talking quickly. In this case we just need to filter out which are the main parts of the dialog which we want to emphasise. It’s important to choose which are the “main words/syllables” in a sentence and emphasise those. If we can nail those words/syllables, the rest of the dialog can be a mumble infested mess and the sync will still read ok.

Remember that each syllable doesn’t have equal weighting. Like spacing even dialog that lacks contrast will be monotone, dead and robotic.

Again we want to minimise popping and float. Float is relatively easy. Lock down the jaw in the pauses. Popping can be more tricky. Lips snapping over one or two frames can read as jerky. So it’s important to pad those section as best we can to give them time, or just move the jaw and lips less.

It’s important to really hit some shapes as it’s actually impossible to make a true f sound for example without closing the mouth commonly these are “fff” “mmm” and less importantly mouth closes on punctuation like “p’s” and “b’s”.

For these shapes try to make the shape or closed mouth read for at least two frames stealing from the other shapes as you can.

Be sure to remember that someone can talk while smiling or frowning. Mixing emotion shapes in with the lip sync is pretty common, and can sometimes be layered into the animation if the controls allow for it.

Actors do this too in many live action movies.

Aaron Blaise has a nice approach to lip sync in this tutorial.
http://youtu.be/b8OAlOy6QNU?t=2m39s