In This Class You’ll Access…
Taking what we’ve learned from previous pages lets look how these concepts and tools are used in a real skinning example, in this case the skinning of the Zanzi character who has many fiddly appendages to skin too.

We’ll watch the time lapse with Andrew’s commentary as he skins the Zanzi character in skeleton builder and theres a couple of points specific to the skeleton builder workflow too. But mostly we’ll focus on basic skin workflows and we’ll be using Skin Wrangler as our primary skinning tool.

Watch how Andrew handles the skinning of many parts of the character in methods not commonly advertised in the usual Maya skin demos. See how important the range of motion is among techniques for accurately skinning appendages and all the extra little controls.

This method give us full control over the skinning workflow to get the exact results we’re after without guess work by using auto skinning tools.

We’ve found this method of skinning to be far more accurate and useful to the beginner than the more common vanilla Maya skin methods. Enjoy! 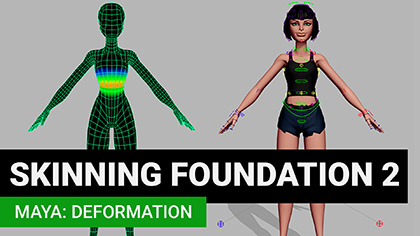 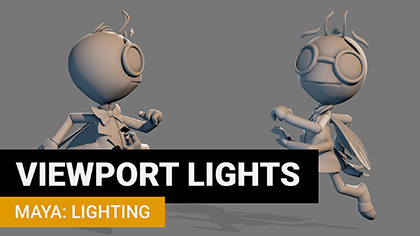