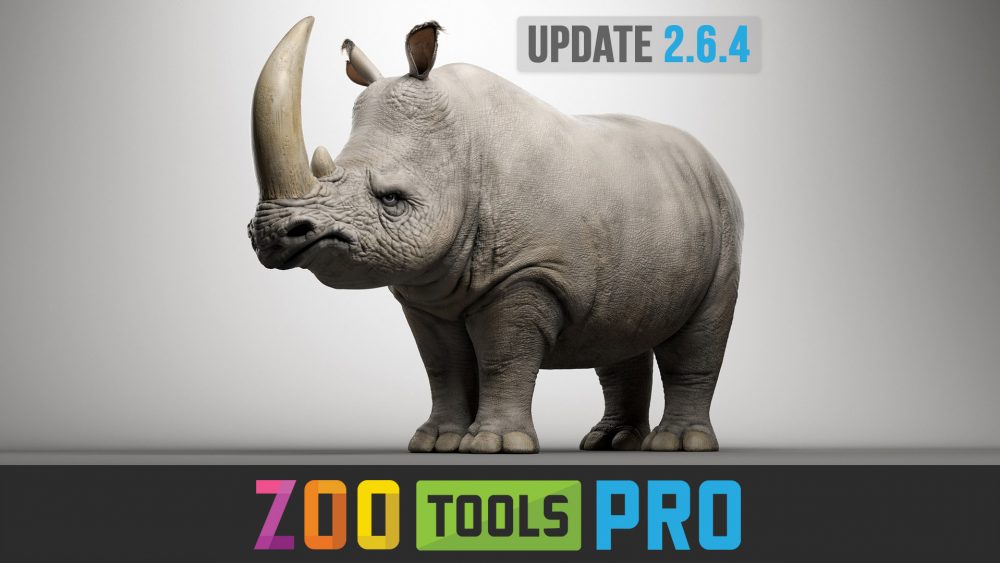 VRay and Maya’s native shader support has been added to many of our tools including:

Shader Manager now can change multiple shaders at once, and the undo queue is working correctly again.

A new tool Change Rotation Order allows animators to change the gimbal rotation to avoid gimbal issues. This tool has timeline sampling and recommends the best order throughout an animation.

We’ve upgraded our Uninstance hotkey which is compatible with uninstancing Zoo Instance Mirror and instanced groups.

Many other bug fixes and improvements.

New Tool – Change Rotation Order
Change Rotation Order is a new tool that allows animators to change the gimbal rotation to avoid gimbal issues. Previously this tool was found in the Animation Toolbox and we’ve now added extra baking and time-range options. The new drop-down menu samples the frame-range to highlight the preferred rotation orders with the least amount of gimballing.

Enhancements – Added VRay and Maya Renderers
VRay and Maya are now available as renderers in the Zoo Preferences Window > General and can be set as default renderers.

Note: Some tools do not support all renderer types and will hide the unsupported types.  For a full list of renderer support see this GoogleSheet.

Pressing the Create/Reparent Light for the second time with lights already created will reparent the viewport light setup to the current camera/viewport.

Enhancements – Open Tool Hotkeys
New open tool hotkeys have been added to the Hotkey Window but are not assigned to hotkeys. 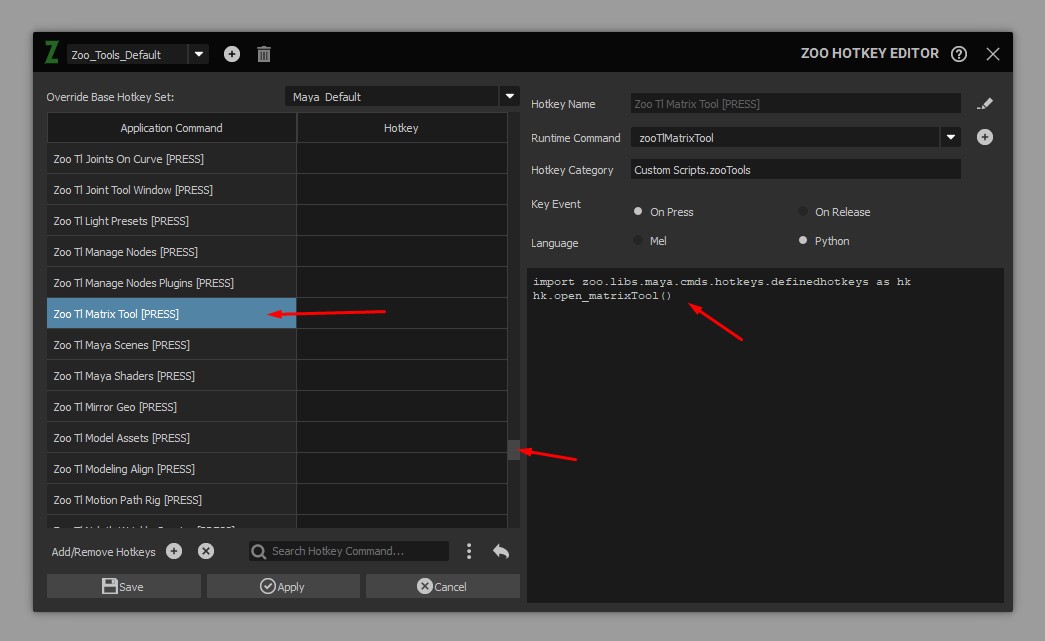 Find the Open Tool Hotkeys here in the Hotkey Editor. Here is the Matrix Tool hotkey.

Enhancements – Maya Shaders
Maya Shaders now support Maya and VRay. Selecting these renderers in the icon dropdown button will filter out all other renderer types.

Name filtering is based on the suffixing of each thumbnail icon.
– *_vray
– *_maya
– *_arnold
– *_redshift
– *_renderman 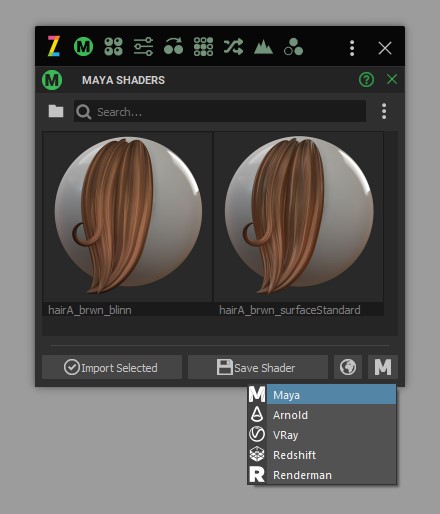 Maya Shaders can be filtered by *_vray and *_maya suffixing.

Enhancements – Maya Scenes
Maya Scenes now support Maya and VRay. Selecting these renderers in the icon dropdown button will filter out all other renderer types.

Name filtering is based on the suffixing of each thumbnail icon.
– *_vray
– *_maya
– *_arnold
– *_redshift
– *_renderman 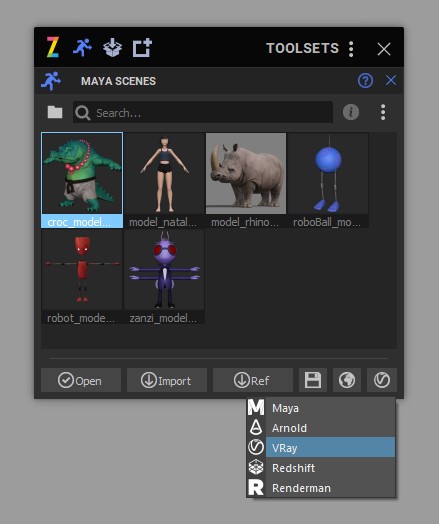 Maya Scenes can be filtered filtered by *_vray and *_maya suffixing.

Change – VRayMtl & Glossiness/Roughness
VRay Material will now convert and build with it’s default mode being Glossiness and not Roughness.

Roughness and Glossiness are the same attribute type with their values inverted. Similar to Opacity and Transparency.

Registered users can download from the Zoo 2 Install Page.