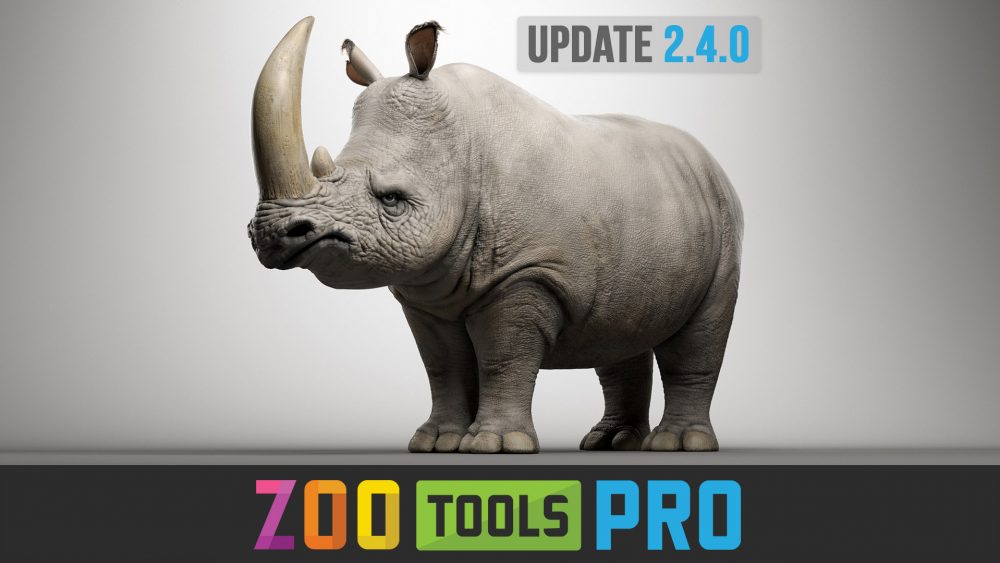 In version 2.4.0 we have three new tools, Thick Extrude and Skinning Utilities and Reparent Group Toggle .

Spline Rig is now interactive and can space switch, NCloth Wrinkle Creator can automatically generate thickness on thin meshes and Zoo Mirror Geo supports mirroring in object space after an object’s transforms have been frozen.

We’ve simplified the latest version of Zoo Tools so that it only has one install type, and fixed many other bugs. See the notes below.

Enhancement – Spline Rig (beta):
Spline Rig now fully interactive and can space switch, you can easily change settings on your spline rig and it will update automatically. New Bake, Rebuild and Delete buttons have also been added. Spline Rig is still in beta and has a few outstanding issues.

Bug Fixes – Shader Manager:
Shader Manager has a bug fix where it shows the right shader as it’s being selected.